Uno, Dois, Drei… NO NO NO (Display) Finissage

In Isabella Kohlhuber’s installation at Artistic Bokeh the black glass window becomes a changeable interface. The artist applies interactive devices to reveal the threshold of function and dysfunction in the languages of humans and machines. Kohlhuber uses adhesive foil fixed on the window, displaying letter-forms as permanent disposable tools. Motion sensors cause viewers involuntarily to activate or deactivate its visibility. The message thereby occasionally withdraws from perceptibility.

NO NO NO (display) opens a conceptual gap between the showroom’s window and its minimal content, while gently swapping between elements of negation (“no”) and activation (“on”). Does the artist intend to play off today’s necessity of an affirmative, pleasing language against an inner silent resistance? And does repetition, as given in the title, make a gesture of refusal stronger? Roughly, one would answer: “it depends on the context” (e.g. “no means no”, the feminist slogan against sexual violence, which points out the difficulty in understanding whether an expression is intended to mean “no”). While trying to decontextualize the artist asks “can there ever be no context?”

The exhibition is part of the program UNO, DOIS, DREI… AN EXHIBITION IN THREE INSTALLMENTS a Mz* Baltazar’s Lab curatorial project in collaboration with Artistic Bokeh in MuseumsQuartier. For this exhibition series Patricia J. Reis and Anna T. have invited artists focusing on language in a multitude of ways. Being based in a place that has been so divided in the context of immense sociopolitical changes, while becoming more multi-cultural, the curators wanted to look into language as a technology of communicating, connecting, and coming together. The exhibition series examines the visual language of colonialism (and who or what becomes illegal), the human and machine language and its threshold of function and dysfunction, and the embodied language of a queer migrant body that opens up and connects with other bodies and spirits alike. Mz* Baltazar’s curatorial viewpoint brings together artists from different media and backgrounds that speak to the diversity of the creative hub that is Vienna. Mz* Baltazar’s Labfurther aims at highlighting the lengthy process of artistic practice as research in the framework of social and political themes, such as migration, Eurocentrism, cyborgs, queerness, and the overarching theme of language. We are happy to present Mariel Rodríguez, Isabella Kohlhuber, and Pêdra Costa in a series of exhibitions running from August to December 2016 at the space of Artistic Bokeh in the MQ’s Electric Avenue. 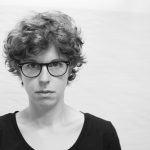 In her work, Isabella Kohlhuber, b. 1982 Bad Ischl, focuses on language in its visible and audible forms. Her media installations, drawings and sculptures were last shown at Künstlerhaus Graz (“Sighs Trapped by Liars”, 2016), Galleria Doris Ghetta, Italy (“Space for an Agreement”, 2016; “Abstract Now”, 2016), Werkstadt Graz (“Was nicht gezeigt werden kann, kann nicht gesagt werden”, 2016) and seen in Vienna's and Salzburg's public spheres (“Significant Other”, Vienna 2016; “Kunstlitfaßsäule”, Salzburg 2016). She teaches Typography and Media in the field of Transmedia Art at the University of Applied Arts Vienna.